Lately a number of people have been telling me that my positive energy rubs off. That means a LOT to me. It matters. I want to be a positive, loving force in the world. I even received a Love note from one of my colleagues half a country away! Wow. 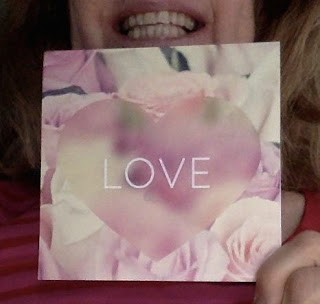 I mean . WOW! that took courage for her to write and to know that I would receive it exactly the way she intended. Thank you KB!

It would be easy to assume that I was born positive or "up". I suppose that I was. I could self-amuse. Be made happy by stepping in a puddle or eating jello. Had parents who adored me. BUT...

If you knew me as a kid, a teen, a 20-something, you may or may not recall that I threw fits. I was a bit of a firecracker--prone to the odd explosion with so many things acting as matches. To say my moods were "up and down" would be understating it. A LOT. (Ask my sister: as teens,  I kicked her hard enough in the arm to break her wrist.)

Lucky for me, she forgave me and we love each other. Here's proof: 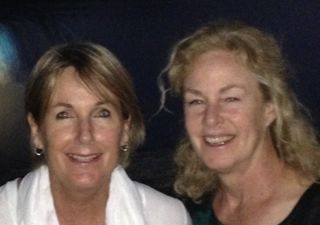 A few years later, a wise boss, Carol Hyams, told me that I needed to smooth myself out for the sake of others. She had seen me practically immolate a vendor over a difference of opinion. Carol later explained that not everyone wants their hair set on fire (or wrist broken)--that sometimes a breath, some empathy and gentle words are all it takes to stop the emotional backdraft and see the other's perspective.

After that, I learned to pay more attention to the mercury of my interior world so that I could not only see inside or outside myself more clearly, but inside others. I got good at  inhaling oxygen away from my internal sparks so that they didn't ignite emotional dust bunnies or self doubt. I got a grip. And I got curious about how fear and love wrestle inside us. I became a lion tamer.

Still a passionate person, I'm also a lot easier to be around. I've learned to channel that  crazy tempestuous life-force in service to others rather than merely to light fires and watch them burn.

I am so lucky to have worked for Carol. That she had the guts and level of care to tell me the tough truth. That I could hear her because I respected and liked her tremendously (still do). Carol speaking her truth fundamentally changed who I became--who I am. Her courage changed my life.

Now, that's a hero isn't it? A hero is someone who chooses to step into a dangerous situation for the sake of another's well being? Well, Carol is my hero. In a very real way, she saved my life with her everyday courage. Now, I am able to help others, and be a more positive force myself.

Are you noticing something that could really help someone else but you are afraid of telling them--don't want to hurt their feelings? Maybe consider how a little everyday courage could really transform things. Sure, they might get mad at you. But what if they really listen? What's possible then?